Eric Tucker was born in Vermont, but spent a good part of his childhood here in Chico! Eric’s interest in radio started at a young age – he launched an online CHR/ Top 40 station called 96.3 VIP at the age of 13. After graduating from Pleasant Valley High School, Eric moved to the Bay Area to go to Ohlone College in Fremont to study Radio and Television. At Ohlone, Eric became very involved with 89.3 KOHL, the college’s CHR/ Top 40 station. In 2015, Eric was hired at Mix 106 in San Jose, where he worked as morning show producer and hosted the top-rated night show. Now Eric Tucker has returned to Butte County to host afternoons on Power 102.1! Listen weekdays to hear the biggest hits in Northern California! 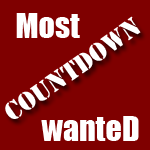 Every day we count down the top 5 songs in Butte County! Eric Tucker also fires up the time machine and features a former #1 from back in the day as well! Wanna put in your vote for number one? Shoot it to us here! 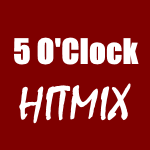 When the work/school day is over, you wanna bounce out! That’s why I got my guy DJ Mack Morris to put together the perfect mix to get you moving, filled with all the biggest hits in the 530! Like what you hear? You can hire him at Elite Sound DJs!